I would say that the main reason that several complex variables is rarely seen in the undergraduate curriculum (and even not that often in the graduate curriculum unless the department has some specialists in SCV) is that you can’t get very far without lots of prerequisites.

You can for example start by proving Cauchy’s integral formula for a polydisc, and from that Liouville’s theorem and a few other well known results from one complex variable quickly follow.

From Cauchy’s integral forumla, it also follows that holomorphic functions of several variables admit power series expansions (but the domain of convergence is not usually a ball in Cn: compare ∑j,kzjwk, ∑k(z+w)k and ∑kzkwk for a few examples of what might happen). From here you can go on and study logarithmically convex Reinhardt domains.

Note, however, that the mere definition of a holomorphic function in several variables is a little problematic. You want to say that a function is holomorphic if is is holomorphic in each variable separately, but to show that this is equivalent to other plausible definitions (without assuming that the function is for example locally bounded or jointly continuous) is surprisingly difficult.

You may even get as far as showing a version of Hartogs’ extension theorem: If Ω is a domain in Cn and K is a compact subset such that Ω∖K is connected, every holomorphic function on Ω∖K extends to Ω. (Here n>1, of course.)

I think this is about how far you can get without bringing in tools from PDE, potential theory, algebra (sheaf theory), functional analysis, differential geometry, distribution theory and probably a few more fields.

The big highlight in a first course in several complex variables is usually to solve the Levi problem, i.e. to characterize the domains of existence for holomorphic functions. (Hartogs’ extension theorem shows that some domains are unnatural to study, since all holomorphic functions extend to a bigger domain.) This is usually done with Hörmanders L2-solution of the ˉ∂-equation. (Or via sheaf theory a la Oka.) While it’s not strictly necessary to have a modern PDE course as a prerequisite, it’s certainly valuable. At the very least you need to know some functional analysis (and preferably some potential theory as well), including some exposure to unbounded linear operators on Hilbert spaces to be able to understand the Hörmander solution. (For the sheaf theory solution, you need a healthy background in algebra instead.)

Summing up, to do a real meaningful course in SCV, you really need more background than what is reasonable to expect from an undergraduate. After all SCV is really a 20th century field of mathematics! The Levi problem for example wasn’t solved until the early 50’s (Hörmander’s solution is as late as 1965). 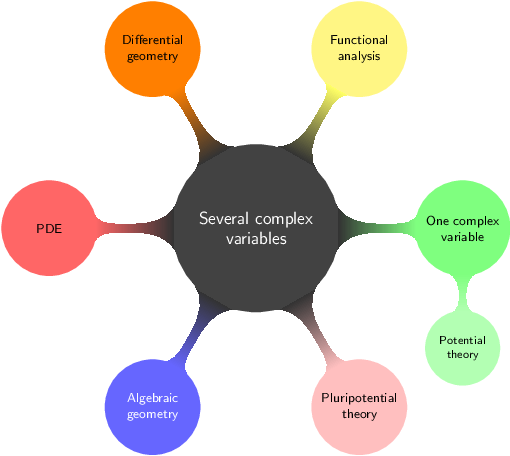