A composition of an integer n is a way of writing n as the sum of a sequence of positive integers where order is important. This is different from partitions, where order is unimportant. It can easily be shown that the number of compositions of n is 2n−1. See the Wikipedia article for a proof.

A lot has been published about how the number of compositions changes when you put restrictions on them. One really interesting such restriction is “gap-freeness”, i.e. containing every integer which is between the smallest and the largest integer in the composition. For example, 2+3+2+4+5 is a gap-free composition of 16, but 2+4+2+1+5+2 is not, since there is a gap between 2 and 4. Furthermore, a composition is called “complete” if it is gap-free and contains the number 1, i.e. all numbers from 1 up to some integer m are used in the summation.

An example, the compositions of n=5. g stands for gap-free and c for complete.

A plot of the deviation between the percentage of gap-free compositions from 12 for 50⩽ is quite remarkable. 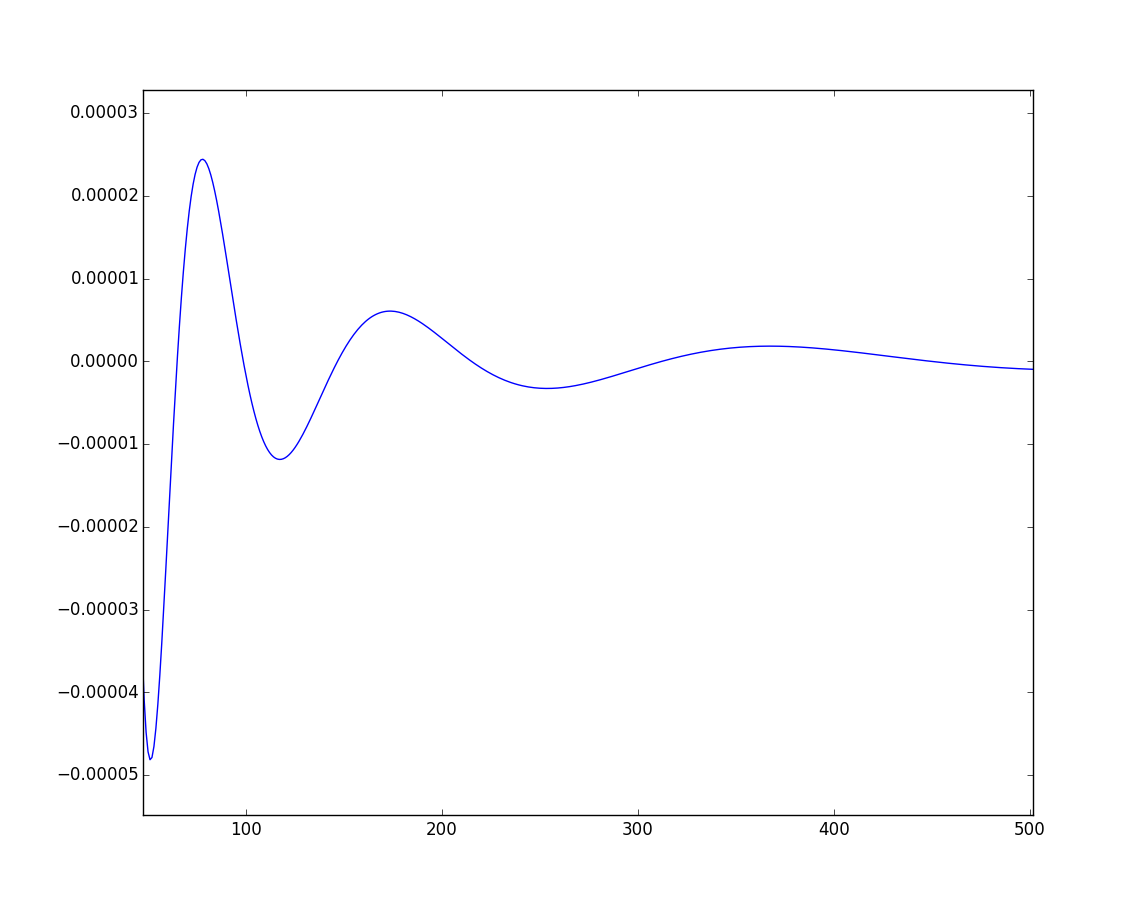 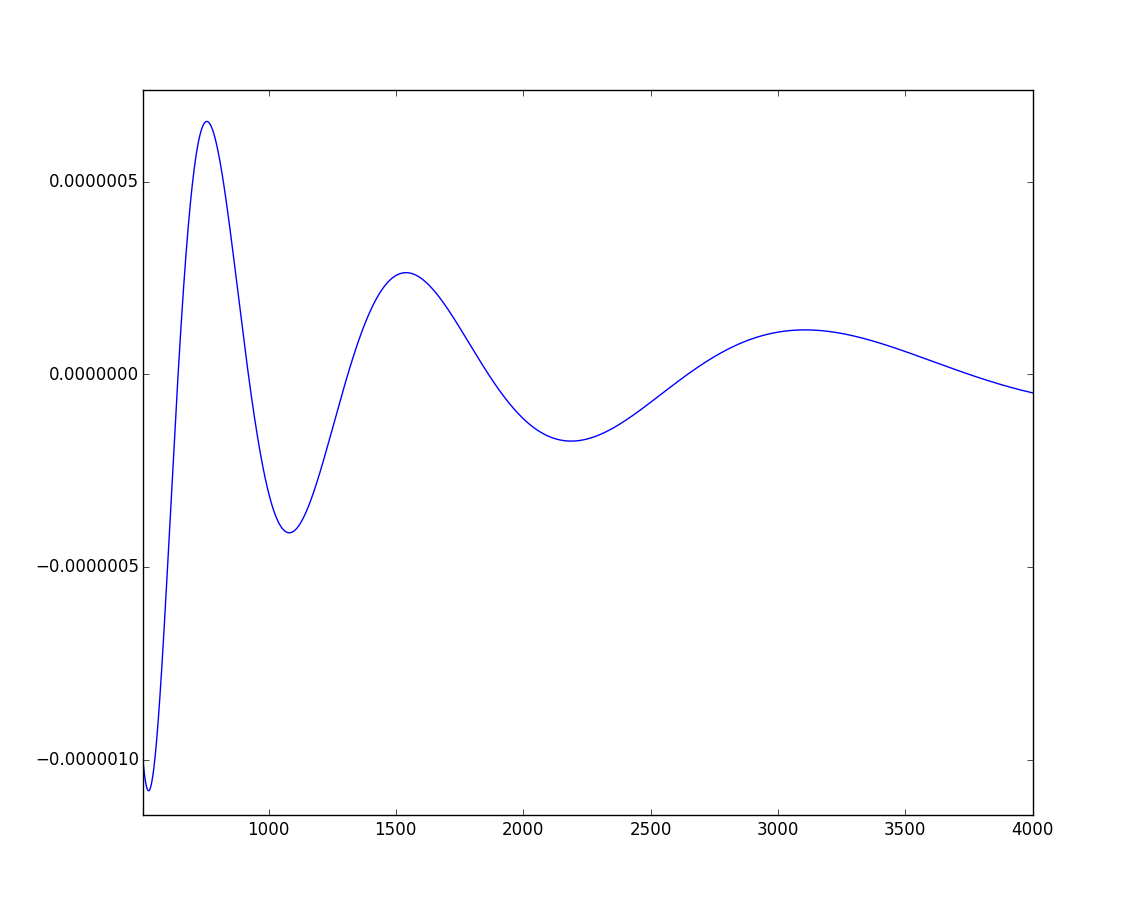 Not only does it seem to converge quite rapidly, it also shows a strange oscillating behavior.

The proof takes a probabilistic view of the compositions and says nothing (at least as far as I can understand) about why the ratio is exactly one half. However, the fact that asymptotically exactly half of the number of compositions are complete has lead me to think that there should be a way of thinking about this that is more intuitive or, perhaps, combinatorial in nature.

For example, the number of complete compositions of n is asymptotically the same as the total number of compositions of n-1. A bijection can of course not be found, since it is only an asymptotic relation. But for large n, is there some way to make a qualitative (and asymptotic) relation between these two sets of compositions? Are there other "asymptotic bijections" that can be used to shed some light on this? Maybe something can be said about how the completeness or gap-freeness restriction relates to other restrictions? I am not looking for rigorous proof here, it's just that it seems as there should be some way to think about this more intuitively.

No progress has been made here, but I thought I'd just write down some facts that might give some inspiration and food for thought.

Just a small note and a humble request. The number of compositions of n starting with 1 is 2^{n-2}. (Link)

Are there other enumerations that have (asymptotically) the same dependence of n? Thought it might give some ideas/insight.

This is quite hand-wavy but I think that's acceptable considering you want intuition. There is 1 key gap in the result, but maybe someone can come along and fill that in nicely.

N(n) is the number of complete compositions of n

N(n,a) is the number of complete compositions of n with a as the largest term

N(n,a,i) is the number of complete compositions of n with a as the largest term and only a single term i that has to be at the end of the sequence.

For each of those, let \tilde{N} denote the set of sequences that fit the description.

Now we introduce 2 key relations. The first one:

You can do this reasoning the other way around as well to establish the claim.

Now we first have to agree that

To see this, think about what compositions \cup_{i=1}^{a}\tilde{N}(n,a,i) contains. This set contains all compositions that contain some term exactly once, where that term has to be the last term in the composition. It is 'intuitively clear' that this is an awfully specific subset of \tilde{N}(n,a).

So that we can rewrite*:

So now we established that N(n) asymptotically will behave as c2^n for some constant c. Now from the fact that the total number of compositions of n equals 2^{n-1} we know that c<\frac{1}{2}. And from observation we know of course that c=\frac{1}{4}. However, I have not really been able to come up with an argument for why it is \frac{1}{4}. Maybe it makes sense to say that c must be of the form \frac{1}{2^m} because we do want N(n) to be a whole number. So then all we have to do is it find a reasoning for why N(n)>2^{n-3}. So maybe someone who reads this will be able to complete this reasoning from here.

So this might seem like a useless result because we are still left with the question of why this constant is exactly \frac{1}{4}. However, with this reasoning we at least see why the ratio converges in the first place.