I am trying to figure out a function behind the software’s curve drawing algorithm. Originally, each node comes with 3 parameters : time, value, and tangent. I have found that it fits cubic Hermite spline, and confirmed that using the equation from the Wikipedia gives me equal result to the software’s evaluation.

The following curve is when both tangents are 0. 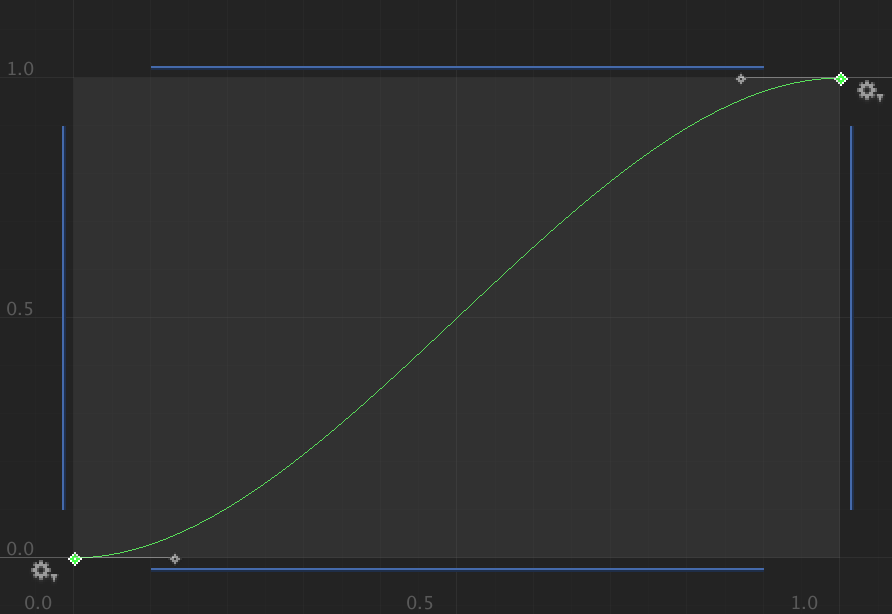 The following curve is when both tangents are 1 (45 degree). 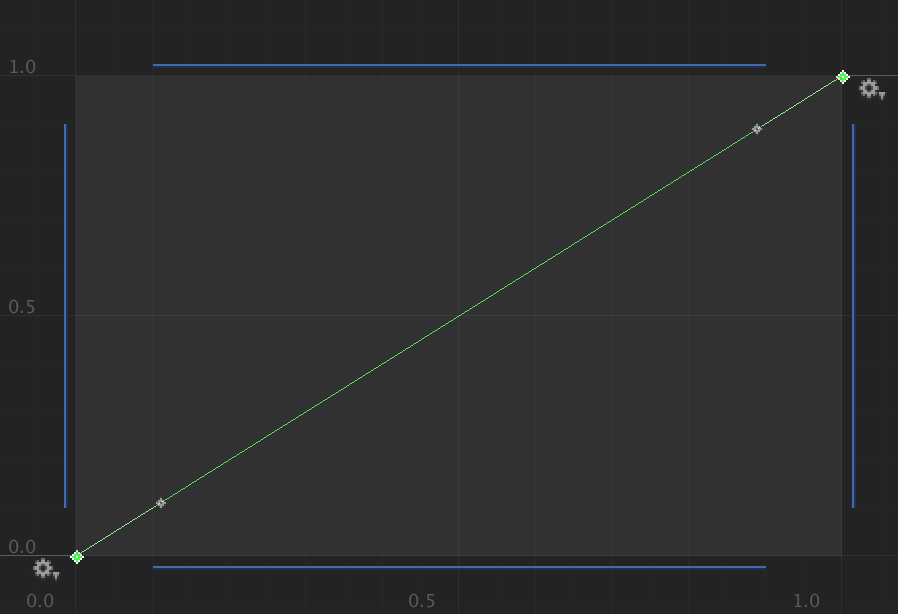 But this software has “weight” value on each node, which ranges from 0 to 1. I am trying to figure out how the weight could affect the spline empirically. Here’s my observation :

The weight ranges from 0 to 1. In this gif below, dragging the handle to the right increase the weight. Dragging stretch up do not affect the weight (however you are changing the tangent)

When both tangents are 0, with weight applied and both weight are 0.3333333, it results in the same shape as if no weights are applied. (The smooth S shape, the first image) I think this is the biggest hint, 0.3333333 may has to do something with the “cubic” function. Below is an image of this.

When both tangents are 0, with weight applied and both weight are at maximum 1, the curve skewed further in X axis to meet at the center between 2 points. Indicating that, weight 1 doesn’t mean unweighted like a weight function would have behave but rather really maximum possible weight. Below is an image of this. 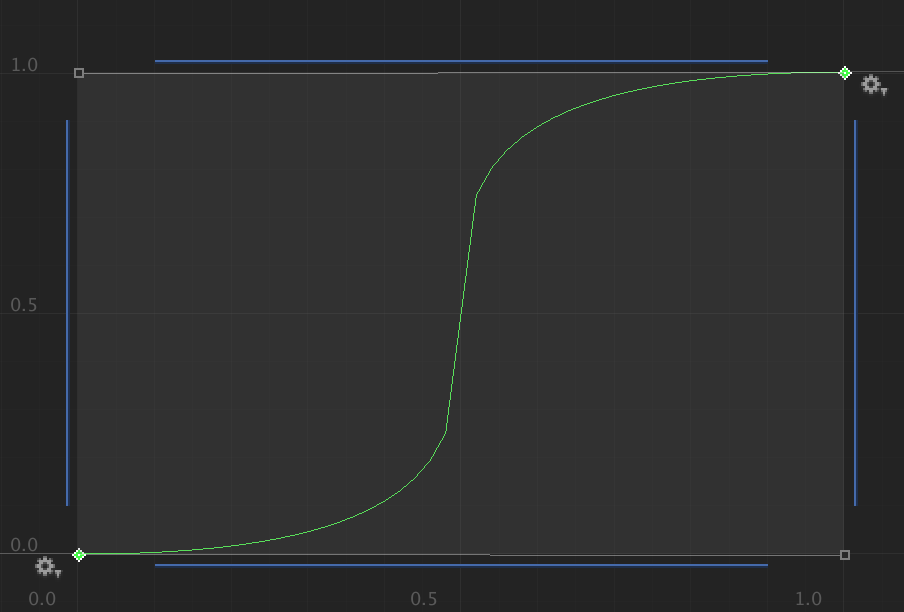 When both tangents are 0, with weight applied and both weight are 0, results in a linear graph as if their tangents are 1. Below is an image of this. 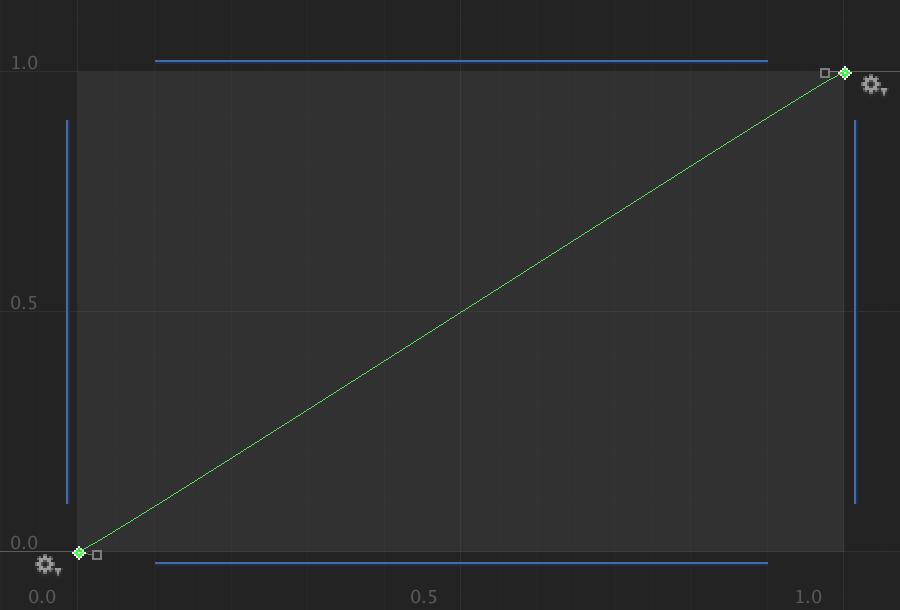 However if the other tangent is not 1, changing the weight of the side that has tangent 1 do affect the shape. Indicating that the weight is not simply “weighting that side’s tangent”.

If someone could figure out where the weight should be applied (or any example spline you know with weight parameter), it is very much appreciated. Thank you.

It’s a Bézier curve. (No, Unity does not have a copyright or patent on Bézier curves.) Cubic Bézier curves are widely used in the computer graphics industry to create smooth curves like this one. You give the two endpoints of the curve $P_0, P_3$ and two intermediate “control points” $P_1,P_2$ and it produces a smooth curve that is tangent to the line $P_0P_1$ at the start and $P_2P_3$ at the end, where the magnitude of the derivative at these points is proportional to the distance $|P_0-P_1|$ and $|P_2-P_3|$.

One thing which makes the Unity graph a bit interesting is that it’s been re-parameterized as a function $y(x)$, by inverting $x(t)$ and plugging in to $y(t)$, so it’s not a simple cubic anymore in its expression (hence why the derivative goes to infinity in the limiting example). The function $x(t)$ stops being injective if you make the weights larger than 1, which is why that’s the upper limit.

Here’s a Mathematica script that you can play with to see how moving the control points affects the curve, along with pictures for the “default” and “extreme” cases: