[I corrected the pictures and deleted one question due to user i707107’s valuable hint concerning cycles.]

Visualizing the functions μn mod m(k)=kn  mod  m as graphs reveals lots of facts of modular arithmetic, among others the fixed points of μn mod m and the fact that μn mod m acts as a permutation πnm of [m]={0,1,…,m−1} iff n and m are coprime. Furthermore the cycle structure and spectrum of πnm can be visualized and related to number theoretic facts about n and m.

This is how the graph for μ3 mod 64(k)=3k  mod  64 looks like when highlighting permutation cycles (the shorter the stronger): 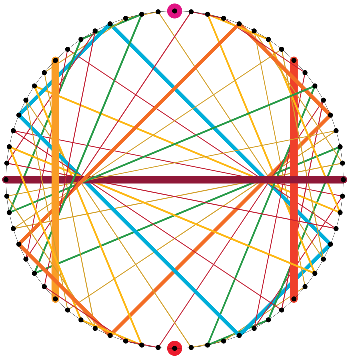 When visualizing the function f2 mod m(k)=k2  mod  m (which gives the quadratic residue of k modulo m) in the same way as a graph, other observations can be made and tried to relate to facts of number theory, esp. modular arithmetic: 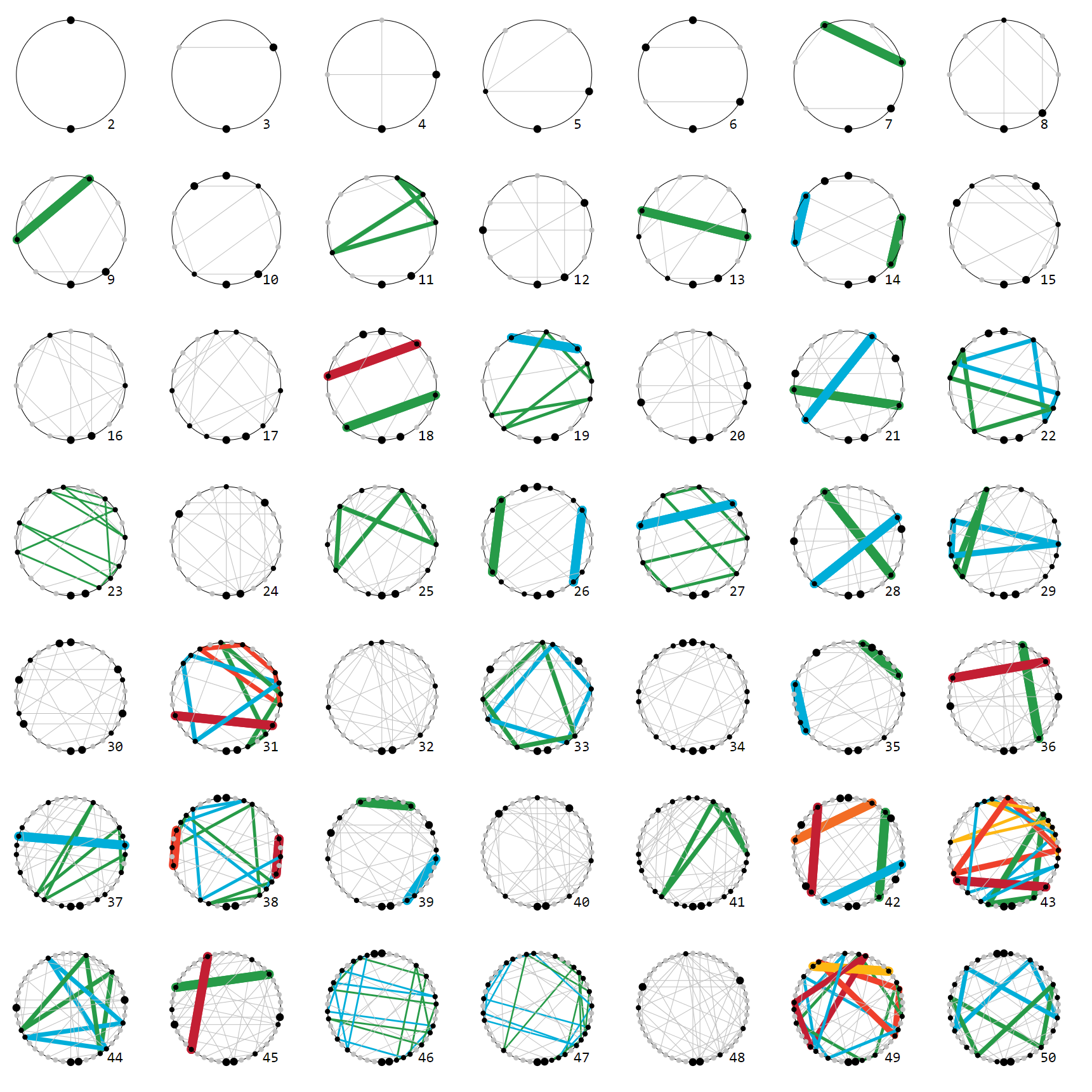 These graphs are not as symmetric and regular than the graphs for μn mod m but observations can be made nevertheless:

For f2 mod 61 one finds at least four groups of at least two parallel lines: 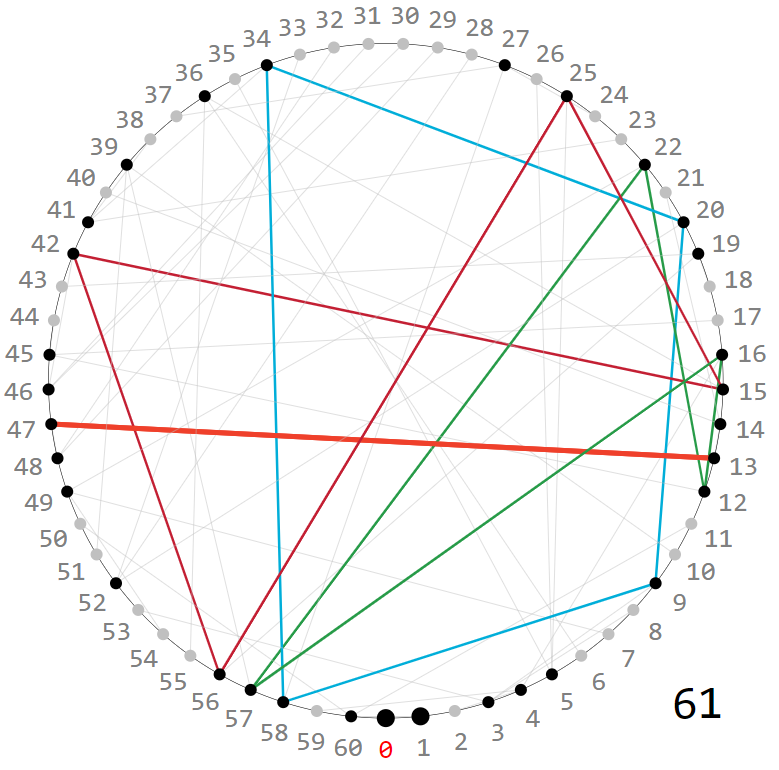 For other prime numbers m one finds no parallel lines at all, esp. for all primes m≤11 (for larger ones it is hard to tell).

This is not a complete answer to all of your questions. This is to show you some things you need to investigate. The first question is answered. The second question has an example. I do not know complete answers to the third and fourth questions, but I give a try on explaining your plot of m=61.

From your last sentences, it looks like you are interested in the case when m is a prime. Let m=p be an odd prime. Then consider p\equiv 1 mod 4, and p\equiv 3 mod 4.

In the former case p\equiv 1 mod 4, we see the symmetric black dots. This is because the Legendre symbol at -1 is 1. That is

To see if we have cycles, try solving

In your plot of m=61, we have a primitive root g=10 and the following are cycles of length greater than 1. All of these should be considered with modulo 61.

I am not sure if you consider these as cycles, because there can be numbers in front of these, such as