I am looking for a deeper understanding, particularly the optimum strategy and the maximum score as a function of grid size, of the following (single-player) game played with an n by m grid: 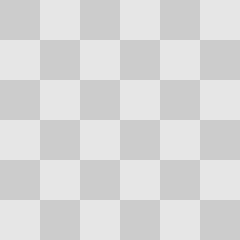 The naive strategy consists of always picking the move that cuts off the smallest possible right triangle.

For grids larger than 2×2, the naive strategy is game over after four moves:

The following game run, although it starts by cutting off half the grid, contains twenty moves:

The following is known about f:

Note that the last bound is actually strict for 1≤n≤4, so this bound (and the associated strategy) might already be the answer to the entire question.

Given that the board m x n may not necessarily square, perhaps for the non-square boards, you must use a method that treats it as a non square board. Im implying that some of the triangles that are cut off are likely to not be isosceles due to the different dimensions and in fact the most optimal way may be cutting off triangles in the ratio of the rectangle of sorts.

Another possibility is sectioning the rectangular board into a square and non-square board. Then you use the optimal method for solving the square and then continue to cut off right triangles on the left over non-square section

I hope this provides some insight to this problem