I was on the bus on the way to uni this morning and it was raining quite heavily. I was sitting right up near the front where I could see the window wipers doing their thing. It made me think “what is the best configuration of window wipers for cleaning the maximum area of window?”

Rather than dealing with rectangles of arbitrary size, it is good to start by looking at the specific case of a square.

To abstract the problem into a mathematical format, I’ll restructure it like so:

What is the maximum proportion of a square that can be packed with non-overlapping circle-sectors with origins on the edge of a square?

However, $($while still sitting on the bus$)$ I realised that the answer is always “the whole square”. This is because you can recursively define configurations of sectors that get closer to each other with a smaller angle, as shown below: 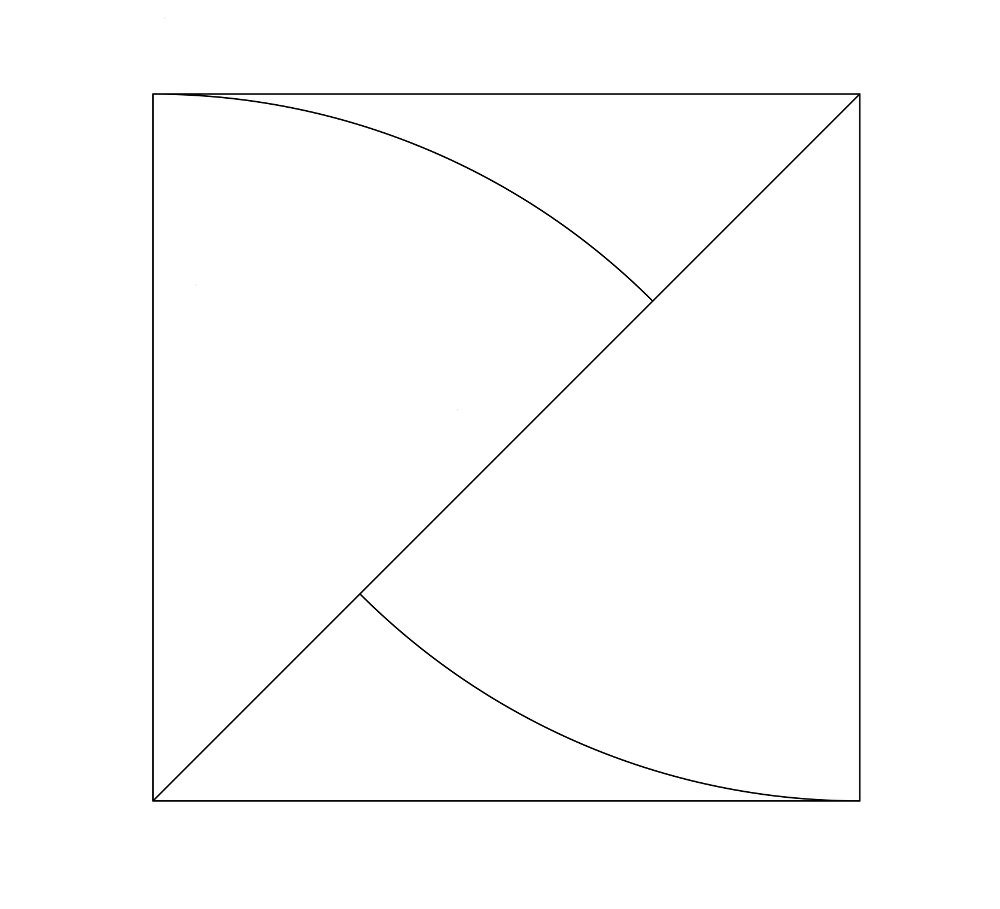 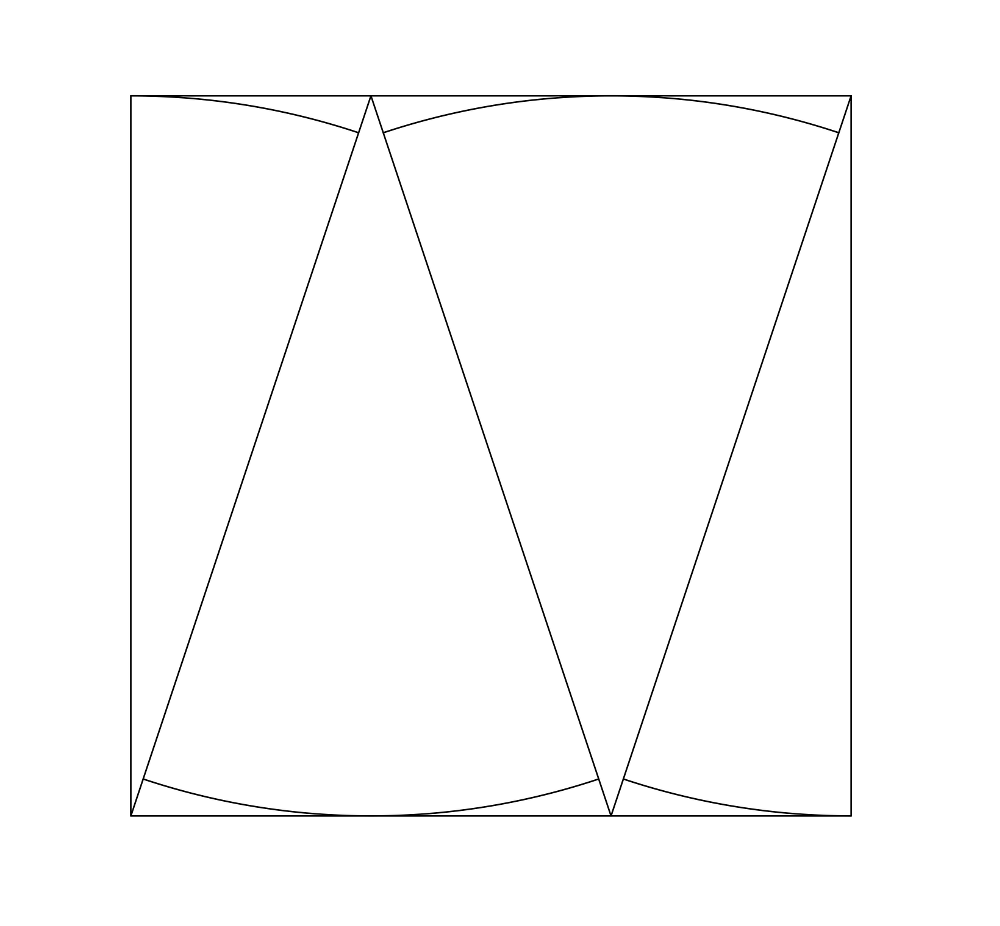 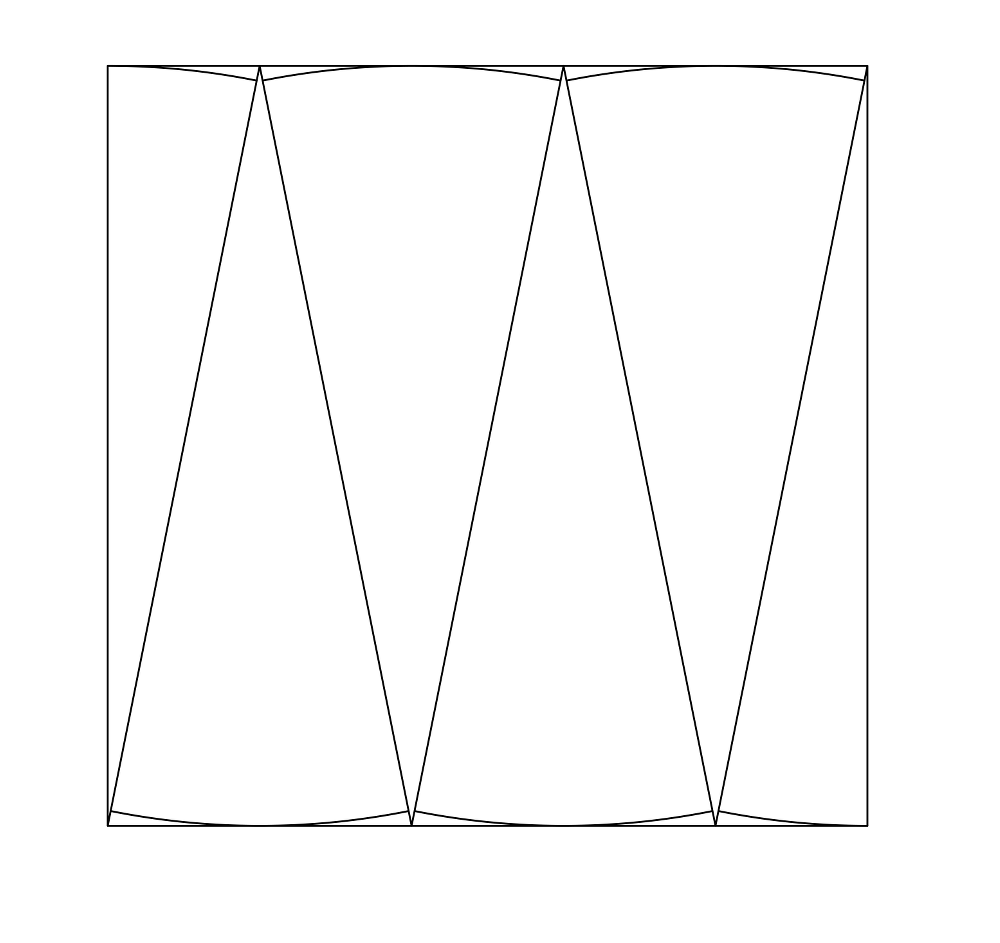 The way to get around this “solution” is by adding another restriction: The sectors should be uniquely defined by their origin and radius. This is possible if “every sector must have the maximum angle possible where the radius doesn’t leave the square”. For example, even the first case for the sequence I gave is no longer allowed. The two sectors have angles of $\frac{\pi}{4}$, but with the new rule the arcs must both have angles of $\frac{\pi}{2}$ as their radii stay in the square for this angle. However, in this case the two sectors overlap, showing that it is an illegal configuration. Here are some examples of allowed configurations: 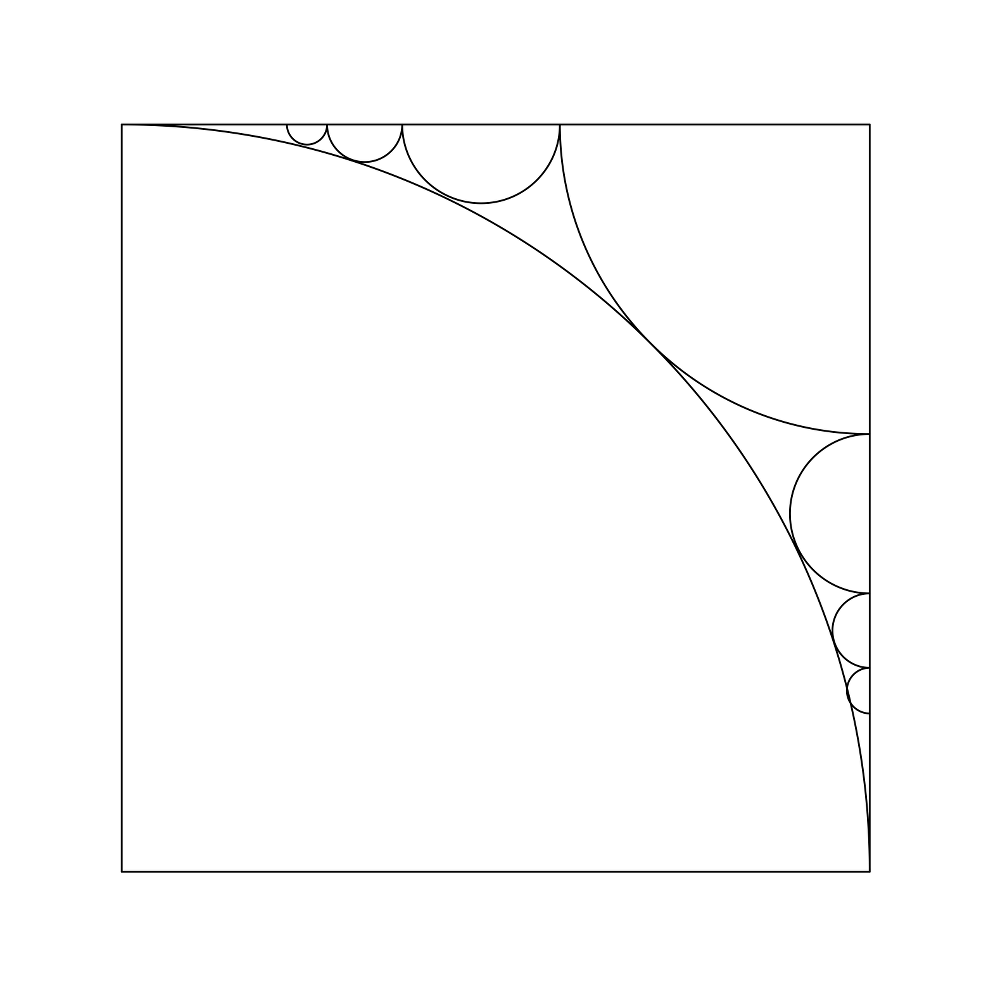 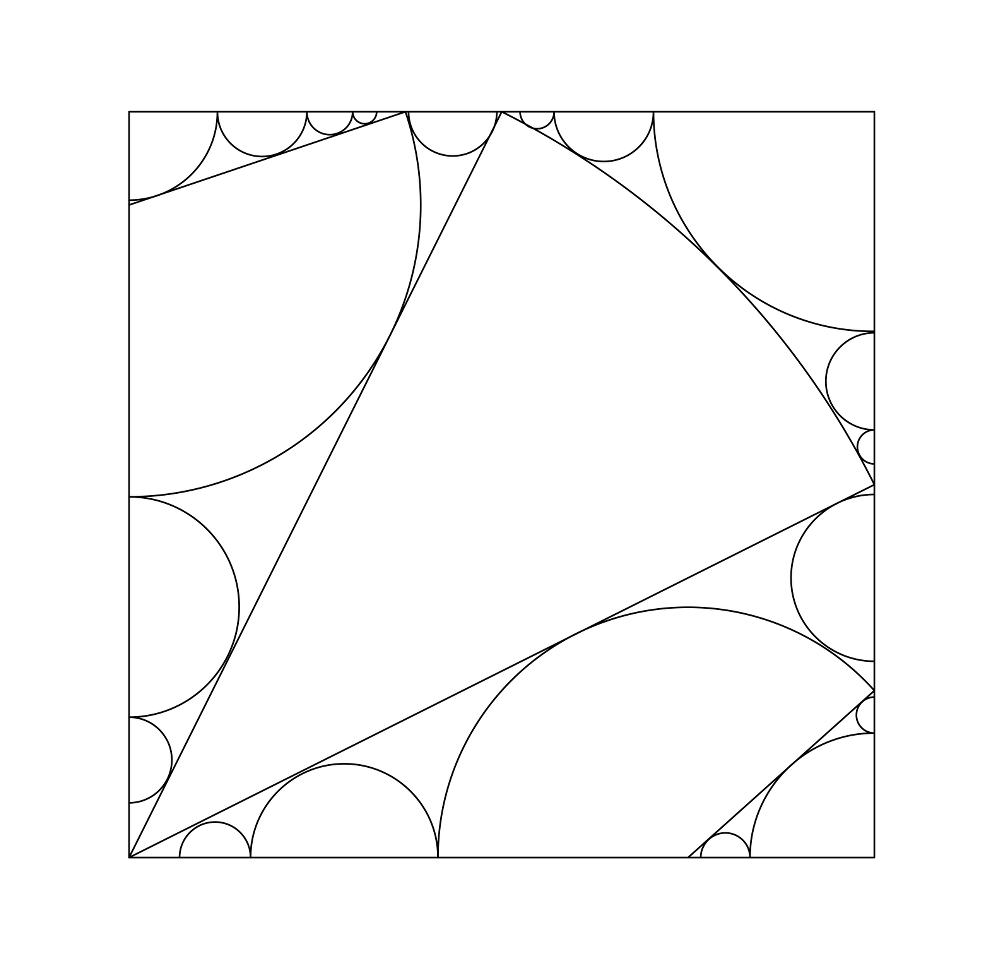 Clearly various “infinite” things happen, as these all resemble apollonian gaskets. It seems like a calculus problem but I’ve spent too much time dealing with topology that I’m not really sure where to start!

Once the square case is covered, it’s natural to generalise to rectangles and parallelograms, and eventually to any polygon. Once all polygons are “solved”, any two dimensional shape bounded by a closed curve may be solvable as well! Any thoughts and discussion will be appreciated.

EDIT
A number of people (mainly friends making fun of me at uni) have pointed out that real windshield wipers do overlap, and that’s fundamental to their effectiveness. I realise this, but for the purpose of mathematical abstraction I felt that “supposing there is no overlap” creates an ideal level of complexity.

Some more precision
Let $P$ be a polygon with boundary $\partial P$. (First suppose $P$ is a square, but it will definitely be interesting to generalise.)
Let $o_i$ be points in $\partial P$, and $r_i \in \mathbb{R}$. Then each pair $o_i, r_i$ uniquely determines a circle $C_i$ centred at $o_i$. Label each of the points where $C_i$ intersects $\partial P$, and draw straight lines from these points to $o_i$. This splits the circle into sectors. Now remove every sector that encloses a point outside of $P$. The sector(s) you are left with depend only on the starting point, radius, and polygon. Given that you can have as many starting points as needed, what is the greatest proportion of the polygon (in terms of area) that can be packed by these sectors which do not overlap?

You have made the assumption that all windscreen wipers require a pivot therefore over complicating things. An optimal solution would be that of two windscreen wipers with the height of the window translating instead of rotating from the middle to the two sides. But say you still want there to be pivots. A smart idea could be three wind screen wipers like below (you must have alternating wiping for overlaps). Blue for circumference covered and red for the wipers.

Your 4th diagram does seem optimal but How would the driver see?