Imagine a game of chess where both players generate a list of legal moves and pick one uniformly at random.

Q: What is the expected outcome for white?

As a chess player, I’m curious if white (who plays first) has some advantage here.

I’m guessing this has been looked at before, so I decided to ask first (rather than implement a chess engine that makes random moves and hope to find something other than “draw, draw, draw, draw, …”). Searching for “random game of chess” lists Chess960 and other randomized variants, which is not what I want.

I found a bug in the code given in Hooked’s answer (which means that my original reanalysis was also flawed): one also have to check for insufficient material when assessing a draw, i.e.

should be replaced with

This changes things quite a bit. The probabillity of a draw goes up quite a bit. So far with n=5⋅105 samples I find 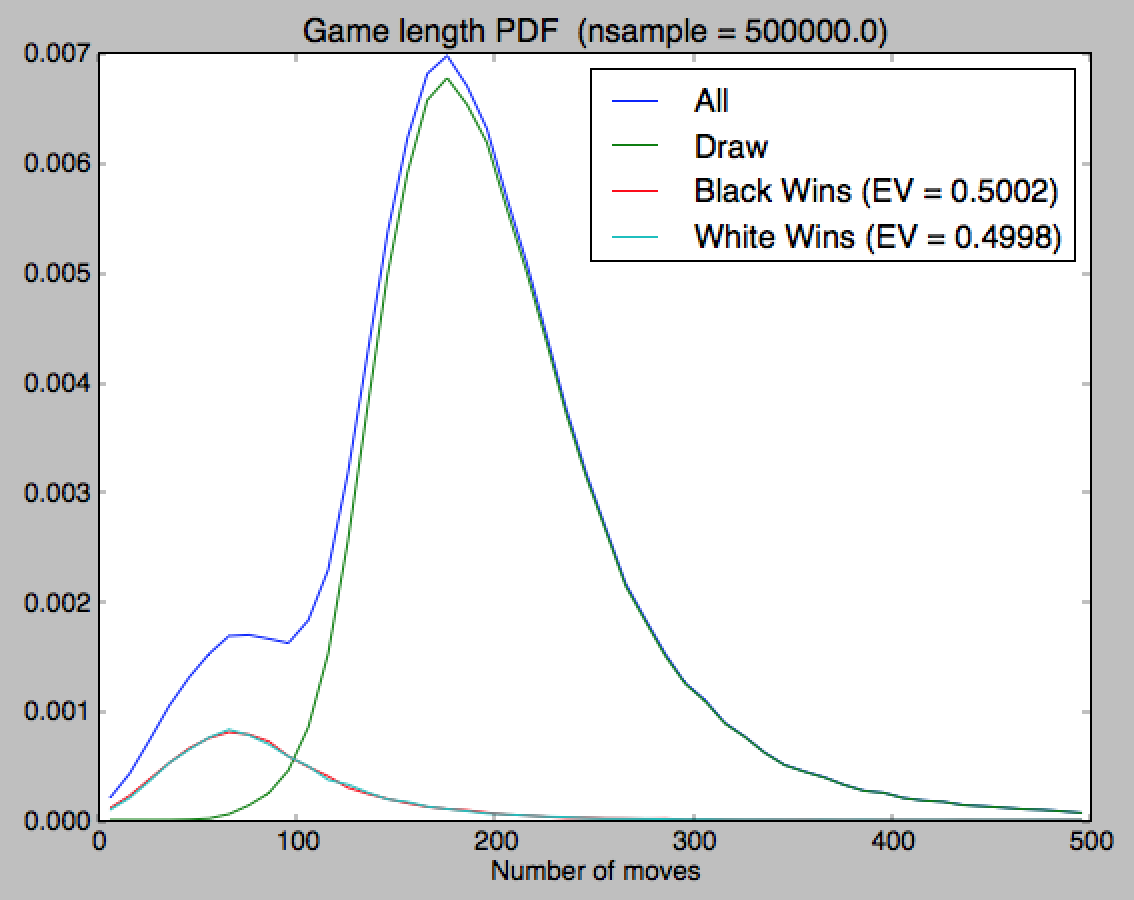 Here is one of the shortest game I found, stupid black getting matted in four moves: 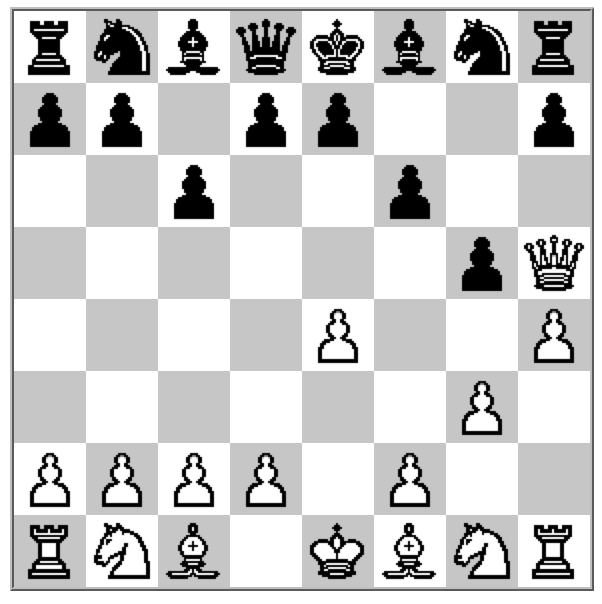