What’s the name of this identity? Is it the identity of the Pascal’s triangle modified.

How can we prove it? I tried by induction, but without success. Can we also prove it algebraically?

Thanks for your help.

EDIT 01 : This identity is known as the hockey-stick identity because, on Pascal’s triangle, when the addends represented in the summation and the sum itself are highlighted, a hockey-stick shape is revealed. 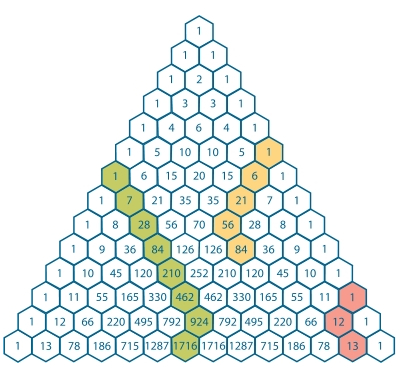 Imagine the first n + 1 numbers, written in order on a piece of paper. The right hand side asks in how many ways you can pick k+1 of them. In how many ways can you do this?

You first pick a highest number, which you circle. Call it s. Next, you still have to pick k numbers, each less than s, and there are \binom{s – 1}{k} ways to do this.