Problem Here is one of the challenges posed on Euclidea, a mobile app for Euclidean constructions: Given a ∘O centered on point O with a point A on it, inscribe ◻ABCD within the circle — in just seven elementary steps. Euclidea hints that the first two steps use the compass, the third uses the straightedge, and the last four use the straightedge to draw the sides themselves of ◻ABCD.

Definitions The problem is not considered solved until each line containing one of the four sides of the desired square are drawn; merely finding the vertices of the square does not suffice. Naming and creating points are of course allowed and fortunately do not count toward the seven elementary steps allowed in this problem. Other than these ‘zero-step’ steps, Euclidea permits only two elementary steps, each costing one step:

Research of previous Mathematics Stackexchange questions I am aware that there is a seven-step process previously described at How can I construct a square using a compass and straight edge in only 8 moves?. Notwithstanding the post’s title, it actually has just seven steps since its first corresponds to constructing the given ∘O. This solution fails, however, since the resulting inscribed square is neither inscribed in the given ∘O nor inclusive of the given point A As a vertex. 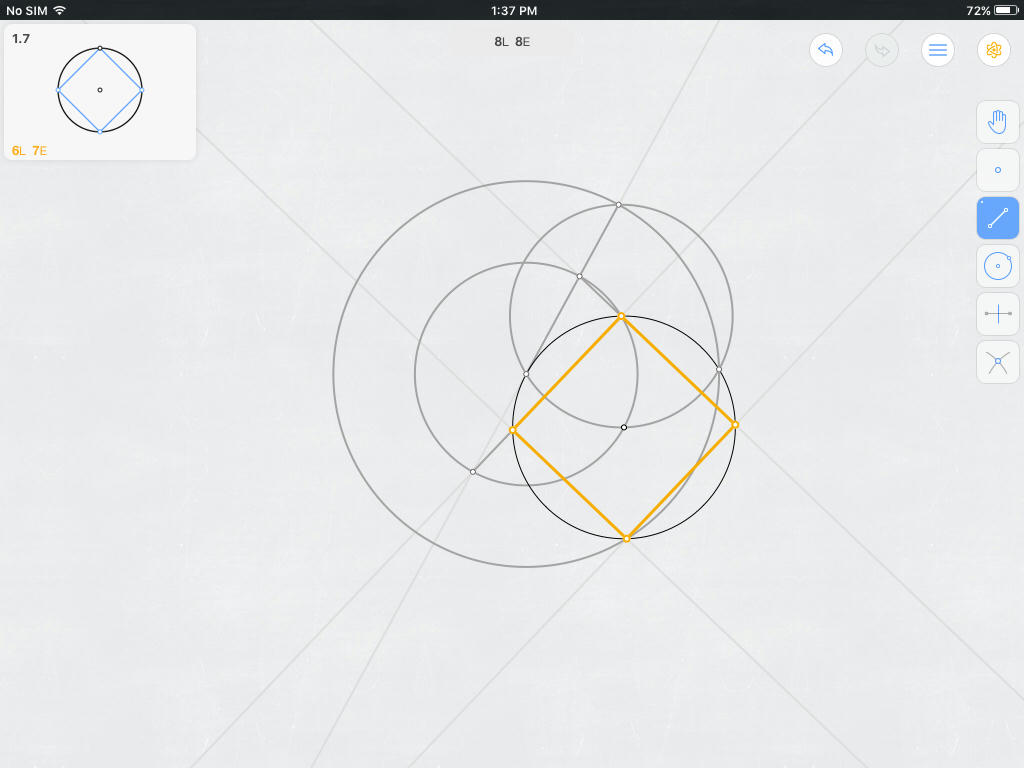 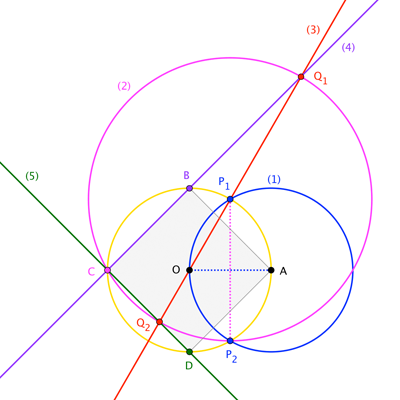 Square ◻ABCD, with constructed edge-lines, is inscribed in ◯O. (Proof that the quadrilateral is, in fact, a square, is left as an exercise to the reader.)

Edit. Having been asked to elaborate on the square …