(t.b.) Following a suggestion of Did, I take the liberty of adding two pictures I originally posted as a separate answer, but it seemed better to have them here: 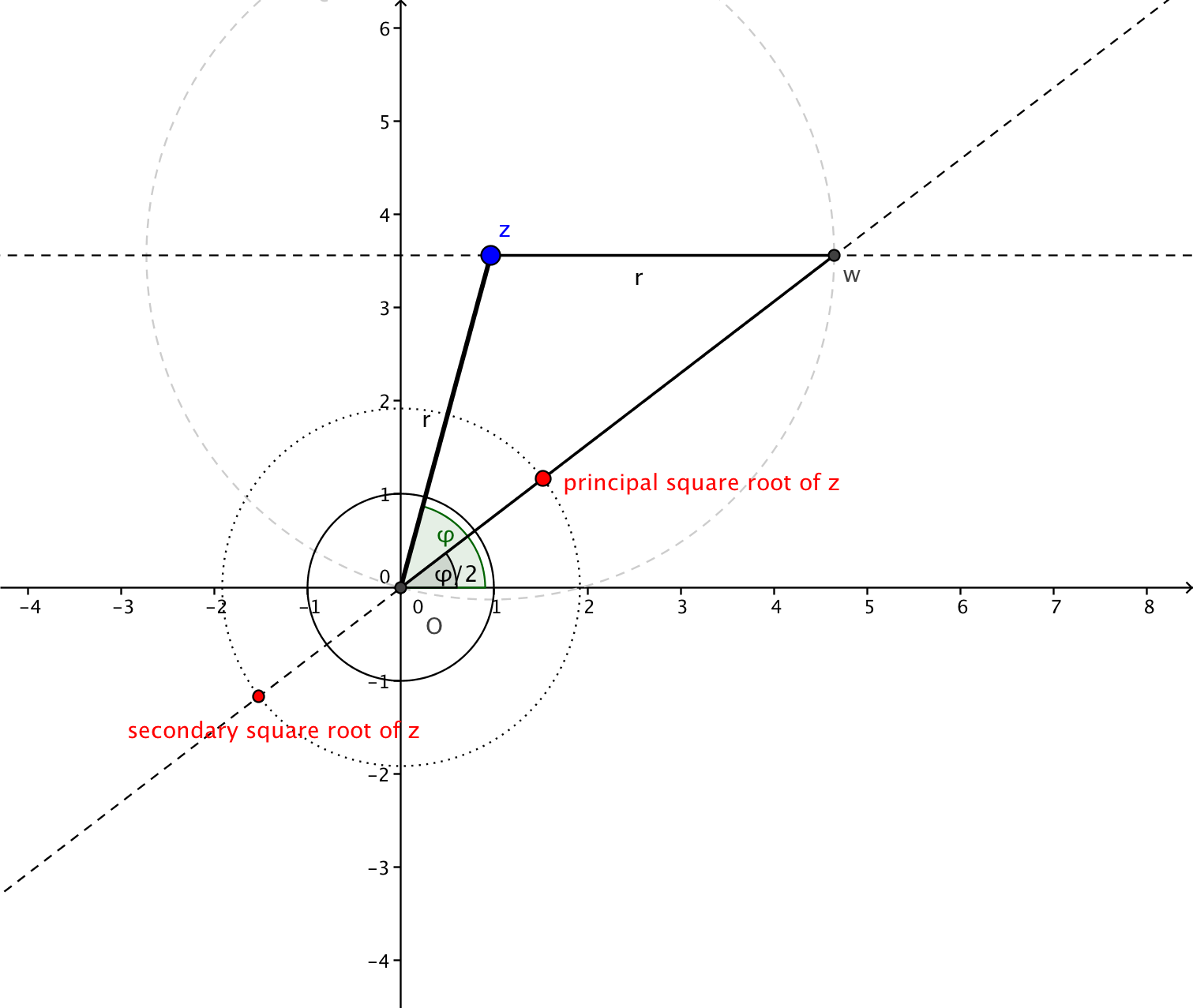 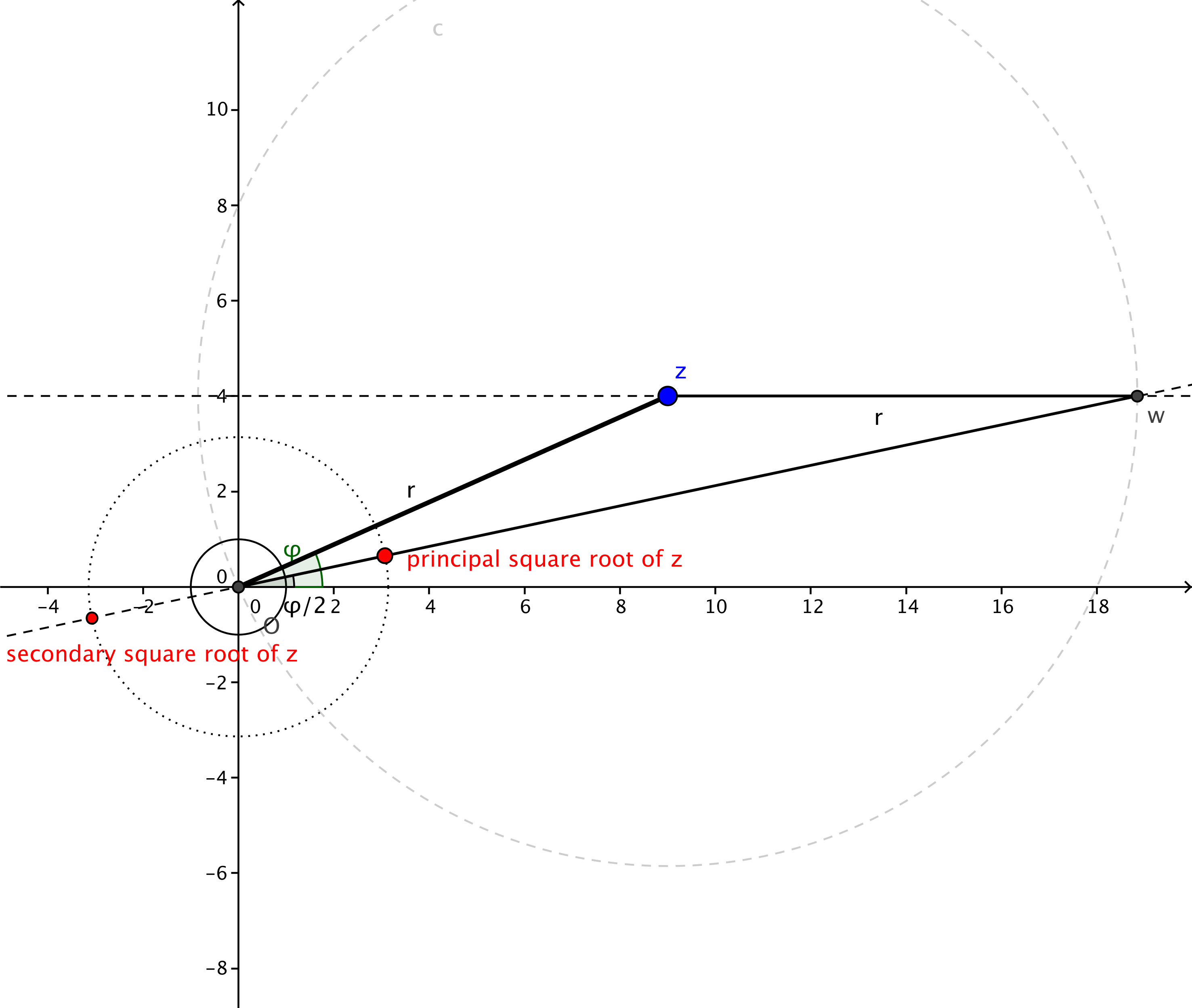 Remark: The construction of the square roots is geometrically exact. That is to say, they were constructed using straightedge and compass only. I decided to hide the construction, as it seems rather obfuscating the intended illustration than adding to it. Nevertheless, I suggest taking a moment and thinking about how you would achieve the geometric construction.

Here’s the construction I used: Intersect the circle around $z/2$ through $z$ with the tangent to the unit circle orthogonal to $z$. Then $h^2 = (|z|-1)\cdot 1$ and thus the red circle has radius $\sqrt{|z|}$. It remains to intersect the red circle with the angular bisector of the $x$-axis and $z$ which I constructed using the process Hans described in his part of the post. 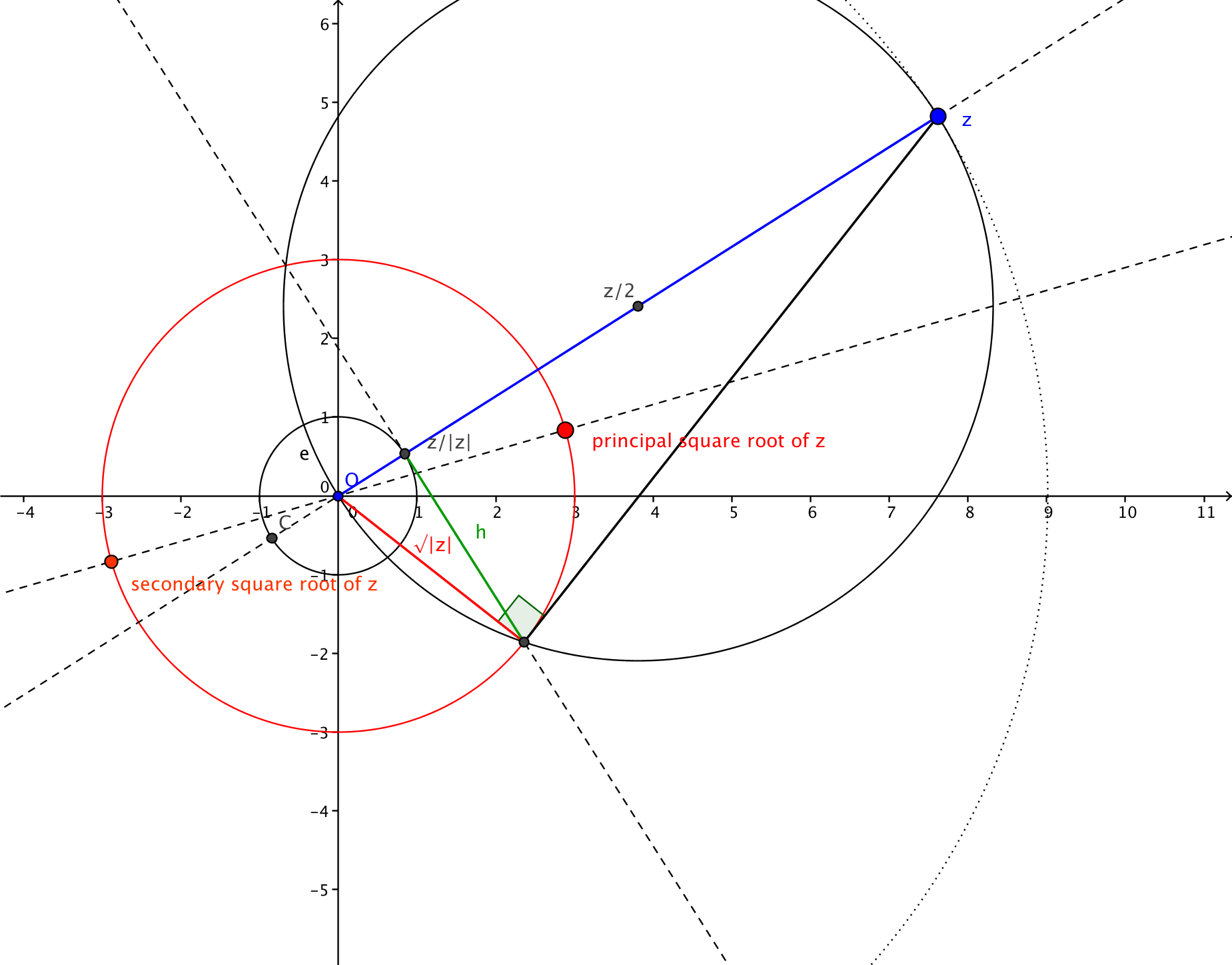 The pictures were created using GeoGebra.