Summing the first n first powers of natural numbers:
n∑k=1k=12n(n+1)
and there is a geometric proof involving two copies of a 2D representation of (1+2+⋯+n) that form a n×(n+1)-rectangle.

It would be a nice start if there were some sort of connection between 30 and a symmetry group of R5. For instance, if there were a subgroup of SO5 whose order was some large divisor of 30, then that might help place the 30 blocks of volume 15 into their configuration.

Is given the following solution: 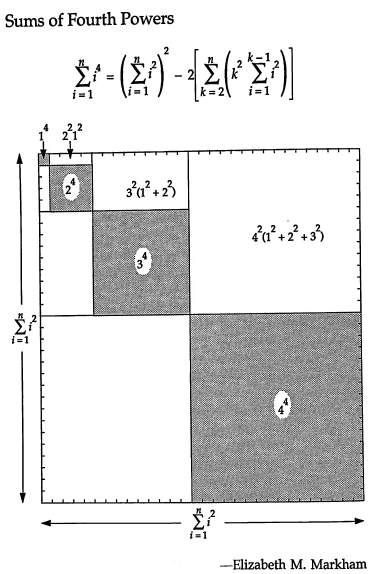