The fugitive is at the origin. They move at a speed of 1. There’s a guard at every integer coordinate except the origin. A guard’s speed is 1/100. The fugitive and the guards move simultaneously and continuously. At any moment, the guards only move towards the current position of the fugitive, i.e. a guard’s trajectory is a pursuit curve. If they’re within 1/100 distance from a guard, the fugitive is caught. The game is played on $\mathbb{R}^2$. 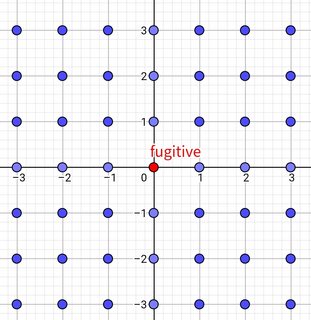 Can the fugitive avoid capture forever? 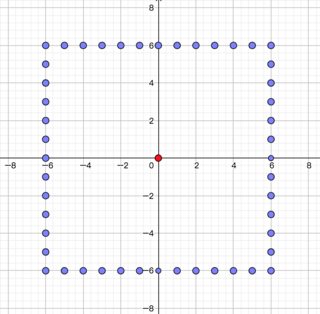 The shape of the fence doesn’t have to be rectangular. Circles or other shapes don’t prevent escape either, regardless of the size.

3 and 4 are nontrivial, but can be proved by geometry argument alone without calculus. To avoid unnecessarily clustering the question, further details are given as an answer below for those who’re interested, hopefully instrumental in solving the original problem.

As requested in the comments above, here is the mathematica code that generated this:

Might provide some insight. I used a discrete analog to the pursuit curve whereby for every quarter of a unit step the pursuers make (or whatever ratio you choose), the escapee makes a unit step to a point on the circumference of the unit circle around the escapee that maximises the gap between itself and its pursuers. Code modified from here.

Obviously the pursuer density increases with time. Whereas a straight line escape route plot of the distance between the escapee and it’s pursuers is strictly decreasing 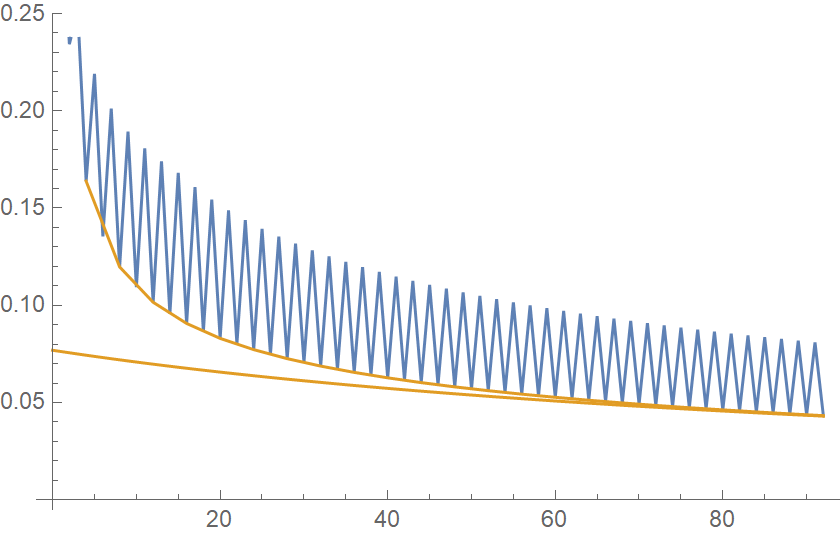 a plot of the distance between the escapee and it’s pursuers for the local evasion strategy is, at first glance, not: 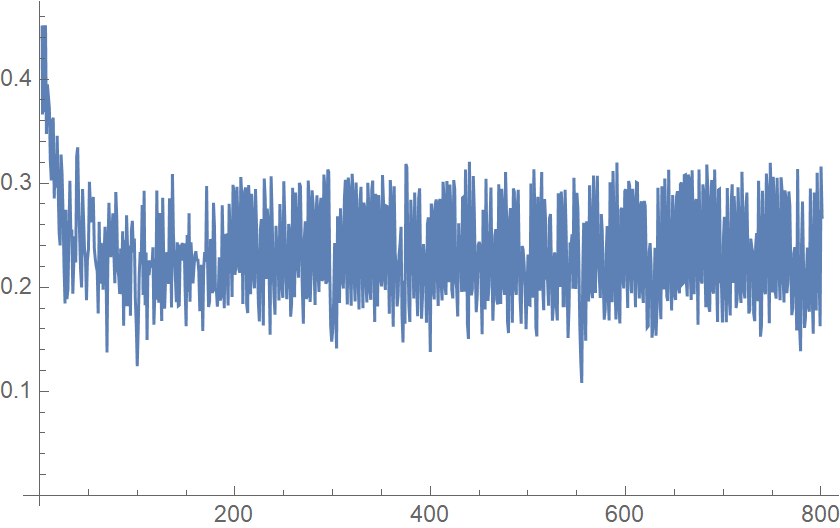 However, this is most likely misleading, since this discrete analog hides the continuous path that will at some point, no doubt pass within the restricted parameters: 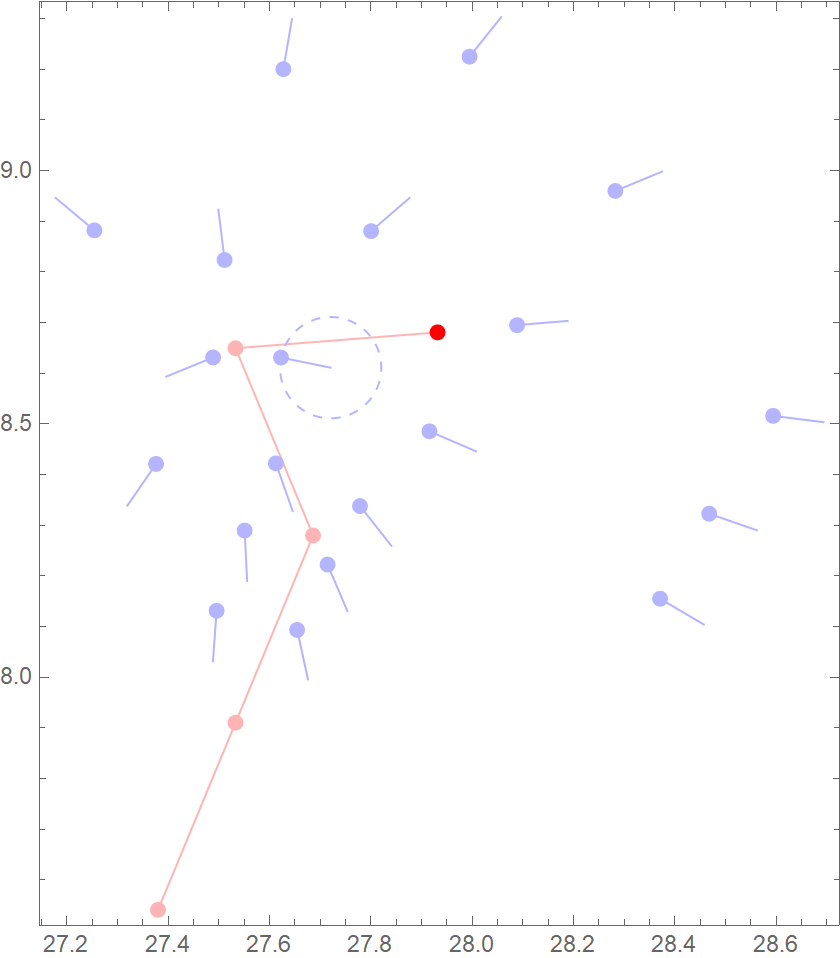