An exam for high school students had the following problem:

Let the point $E$ be the midpoint of the line segment $AD$ on the square $ABCD$. Then let a circle be determined by the points $E$, $B$ and $C$ as shown on the diagram. Which of the geometric figures has the greater perimeter, the square or the circle? 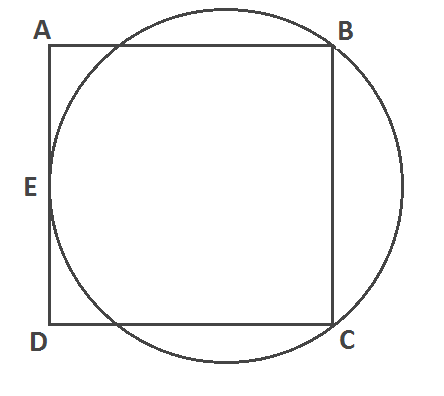 Of course, there are some ways to solve this problem. One method is as follows: assume the side lengths of the square is $1$, put everything somewhere on a Cartesian coordinate system, find the midpoint of the circle using the coordinates of $E$, $B$ and $C$, then find the radius of the circle, and finally use the radius to calculate the circle’s circumference and compare it to the perimeter of the square.

The problem with that method is that ostensibly this problem is supposed to be very simple; it shouldn’t require the student to know the formula for the midpoint of a circle given three coordinates. Therefore the question here is: does there exist a simple way to solve the problem without knowing any complicated geometric formulas? 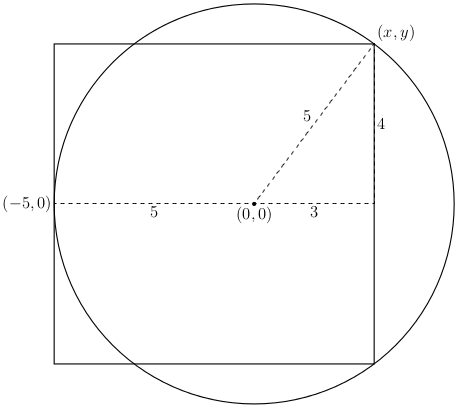 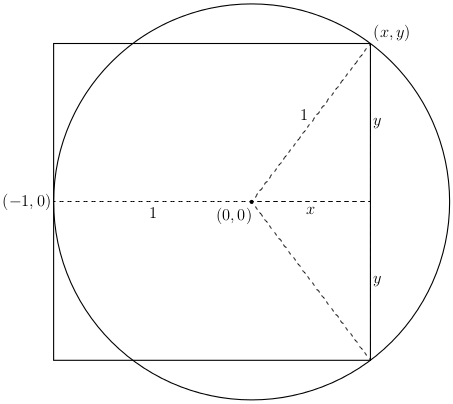