Tessellation is fascinating to me, and I’ve always been amazed by the drawings of M.C.Escher, particularly interesting to me, is how he would’ve gone about calculating tessellating shapes.

In my spare time, I’m playing a lot with a series of patterns which use a hexagonal grid, and a tessellating design I saw on a chair in my dentist’s surgery.

Here’s some examples of patterns I’ve worked up… 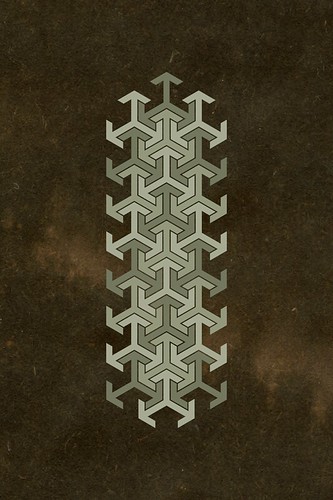 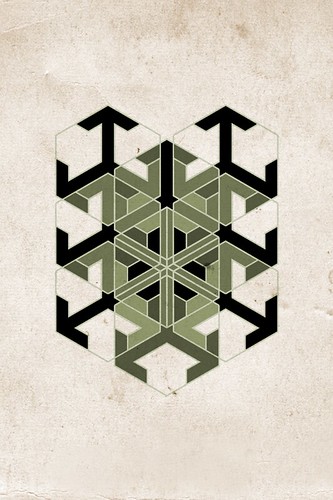 Because I don’t really understand the math, I’ve had to create the basic unit shape by hand, I can see the 60/120 degree angles well enough, but I really want to figure out the proportions of the shape, which appear (from just looking) to be tightly interrelated.

A few observations I’ve made during this process (aside from it being a bit more tricky than I first imagined.)

There appears to be a equilateral triangle which contains the key dimensions, and of course the regular hexagon is important, since this essentially forms 2 interwoven hexagonal grids.

Beyond this I’m unable to express mathematically what is going on. Key things I’d like to learn are…

I know that this doesn’t help too much in understanding less rigid tessellation designs, such as Escher’s reptiles, which I assume MCE made intuitively (I read that he wasn’t a mathematician, which I was surprised by.)

Anyway, I hope this question isn’t too sprawling, and thank you for looking.

Additional notes on the origin of this pattern.

Previously I’d said, (I believe the pattern is pretty old and of Chinese origin.).

However, this statement was pure speculation based on the appearance of similar patterns in Chinese art, also using the p31m wallpaper tiling method, this one below for example.. 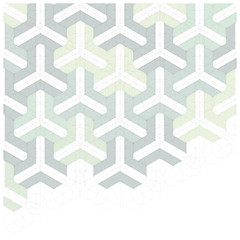 Well, it turns out that this specific pattern: 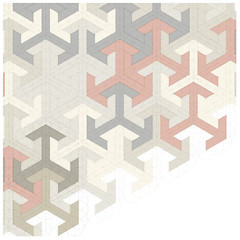 Appears originally in Islamic / Arabic / Moorish art. Within the confines of my limited research, it seems that geometric designs in Islamic art hold no specific religious significance (I expect this is a highly controversial statement.) and instead provide an opportunity for craftsmen to demonstrate the skill and subtlety of their workmanship, and to dazzle and intrigue the viewer with their complexity.

It seems that using circle construction of a grid of equilateral triangles, this pattern can be discovered, along with numerous variations, eg: 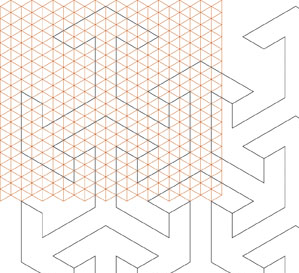 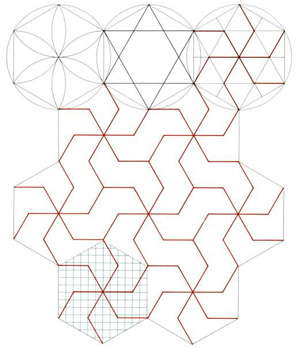 After working with this and other Islamic patterns I find that this not only appeals to the viewer but as much to the artist. Every time I begin working with these patterns I’m constantly amazed by them. 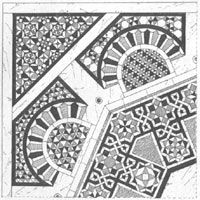 Apparently Keith Critchlow an artist, lecturer, author, and professor of architecture, has made extensive studies in Islamic architecture, arts and decoration, and I’ve ordered a couple of books written by him, Order in Space and Islamic Patterns: An Analytical and Cosmological Approach, to further my own education on this topic. (I should note that Critchlow received high praise from Buckminster Fuller, who commented on his genius. Personally, as a long time acolyte of Fuller, I’m very intrigued to see Professor Critchlow’s books.) 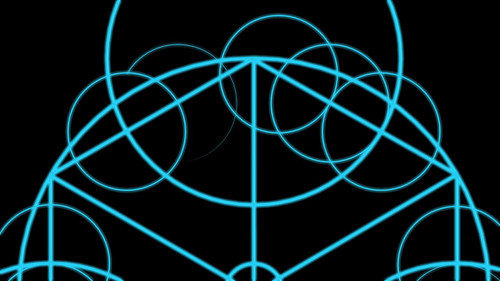 So I discovered through pencil/compass construction that the base unit is 1/8th of the radius of the initial construction circle (i.e. the length of one side of the hexagon.) 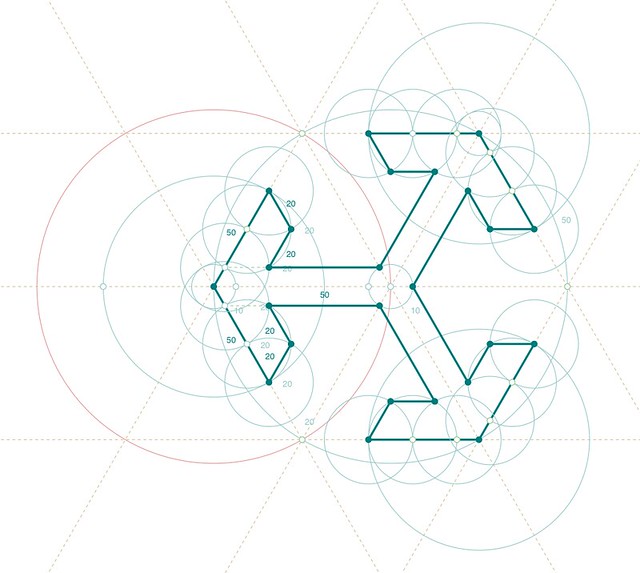 Here is the construction mapped to the the 31m wallpaper group… 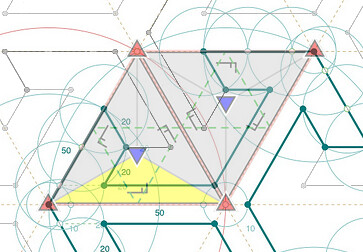 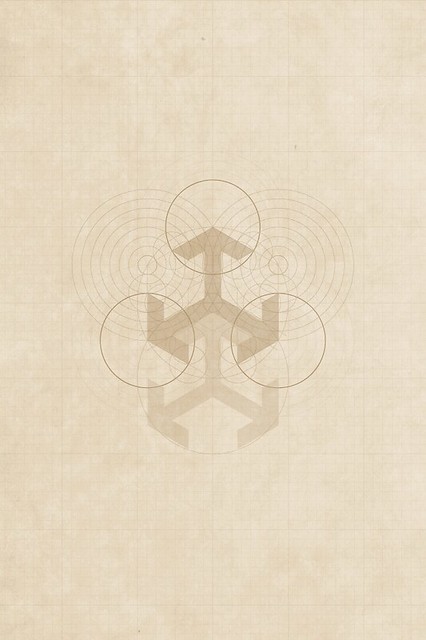 (handily iPhone4 wallpaper sized… well, the link through is.) 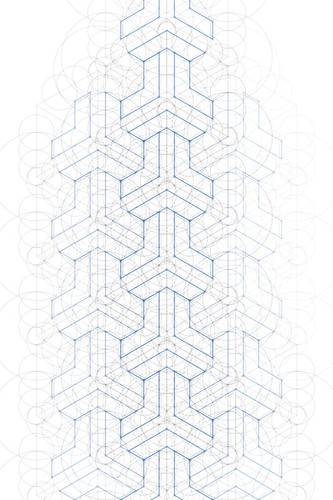 (They have some keyboard controls to tame the randomness a bit.)

I have these shapes being 3D printed, I’ll post a report when I get them in the mail (will be about 10 days) (I used Shapeways.com who print 3D objects in plastic, metal and other assorted materials.) 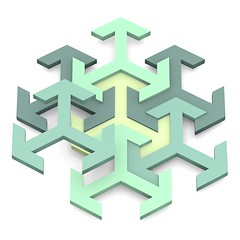 The intention with this set of 7 is to assemble them, and frame them nicely. I also get to test the precision of the 3D print material.

Due to my inexperience with solid manufacture, I completely overlooked the need to allow for manufacturing/material tolerance. After a brief study on this aspect I’m remodelling my figures to add this in. However I need to fabricate a few sets to test optimal tolerance.

Anyway, this is what I’ve got back from shapeways, (nb: they use UPS shipping, included in the cost and the items are packaged very well, there is no risk of breakage.) 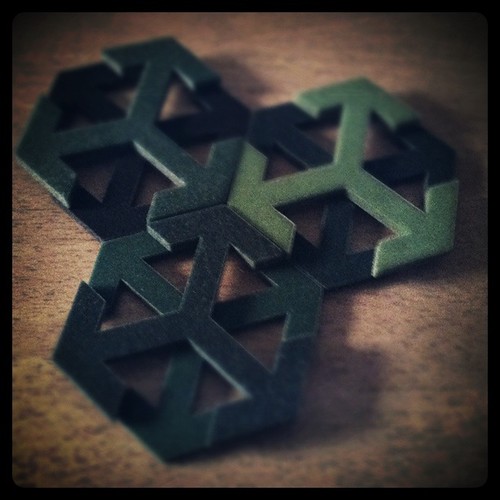 When I get the tolerance right I’ll post again.

By the way, I found a very cool feature in CARMetal, (the software I’ve used to do the geometric construction.) I can add controls like sliders and text inputs that affect dimensions. For example, I create a slider t (tolerance) and can then apply t to the radius of my tolerance circles, which I use subsequently to construct the line segments which make up the adjusted shape, these all stay in sync with the slider value.

It’s probably easier to see it, the tolerance is marked green (way too much in this example.) 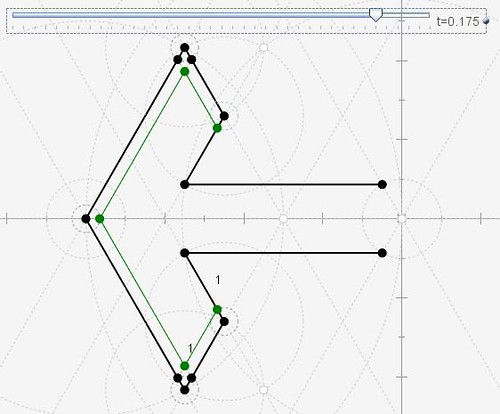 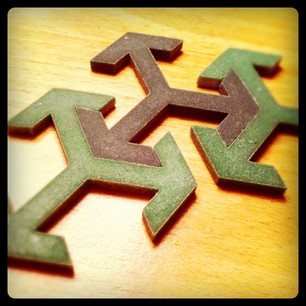 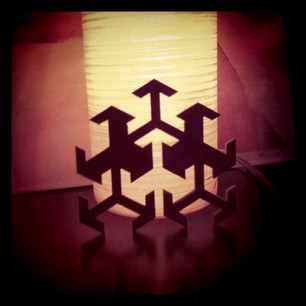 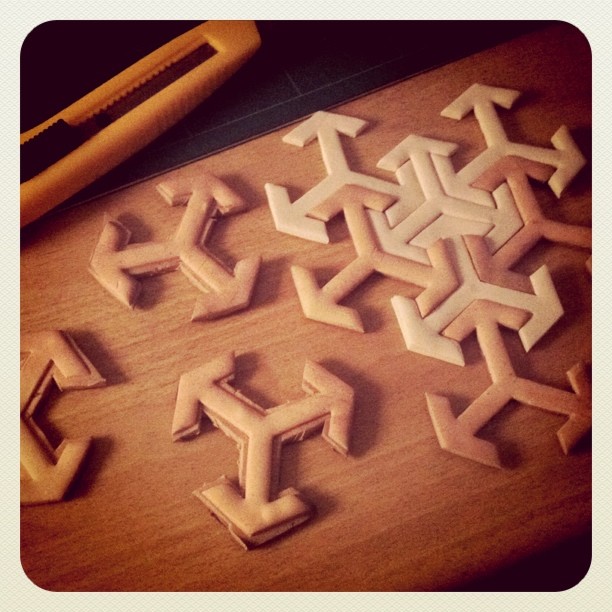 Well, not actually clay, I’ve used Sculpey, and pressed the tiles out using these tile cutters, which were 3D printed by Shapeways. 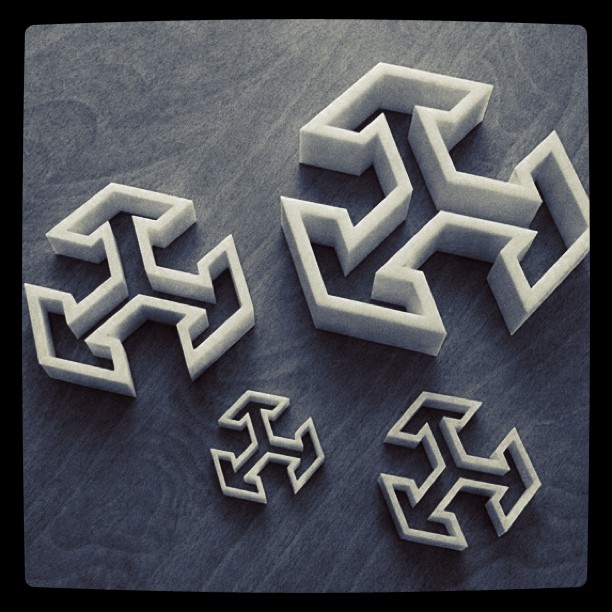 (These are mostly for my reference, I’m summarising, but please feel free to correct me where I’ve gone wrong, it would be a big help.)

In addition to the p31m symmetry, there’s an interesting relationship within the shape dimensions. The struts are of course all of equal width, and obviously all the angles are multiples of 60∘. I’ve noted before, that the strut width is one quarter of the construction radius ( w=r4 or as shown below, 2u.) To calculate all required measurements we need to use the base unit u=r8. The distance between the centres of each shape is 9u. The length of a edge of the exterior arrow head (and of course it’s corresponding interior edge) is 5u. The remaining dimensions are the interior
lengths of the arrow head, which are both 2u (of course, these interlock with each other.)

I found some interesting information in this article (and page 2) on Islamic art.

I also took a photo of the chair in my dentists surgery, which began this little study of mine. 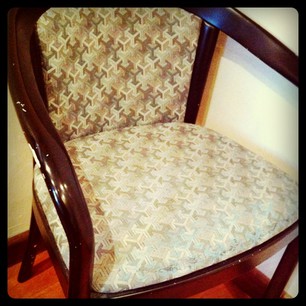 What’s going on is a little group theory, specifically the study of wallpaper groups. The best introduction I know to this subject (that specifically cares about tessellations and is written for non-mathematicians) is Conway, Burgiel, and Goodman-Strauss’s The Symmetries of Things. There are diagrams in the latter book which should be quite helpful.

As far as calculating positions, I guess for starters you’re asking for the coordinates of the points on a hexagonal lattice. These are exactly the points

where m,n are integers. This is a fairly straightforward calculation using the side lengths of a 30-60-90 triangle (half of an equilateral triangle), which can be deduced, for example, using the Pythagorean theorem.