This morning, I wanted to flip a coin to make a decision but only had an SD card: 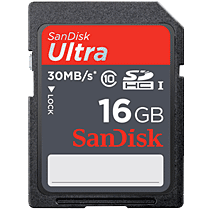 Given that I don’t know the bias of this SD card, would flipping it be considered a “fair toss”?

I thought if I’m just as likely to assign an outcome to one side as to the other, then it must be a fair. But this also seems like a recasting of the original question; instead of asking whether the unknowing of the SD card’s construction defines fairness, I’m asking if the unknowing of my own psychology (e.g. which side I’d choose for which outcome) defines fairness. Either way, I think I’m asking: What’s the exact relationship between not knowing and “fairness”?

Additional thought: An SD card might be “fair” to me, but not at all fair to, say, a design engineer looking at the SD card’s blueprint, who immediately sees that the chip is off-center from the flat plane. So it seems fairness even depends on the subjects to whom fairness matters. In a football game then, does an SD card remain “fair” as long as no design engineer is there to discern the object being tossed?

Here’s a pragmatic answer from an engineer. You can always get a fair 50/50 outcome with any “coin” (or SD card, or what have you), without having to know whether it is biased, or how biased it is:

The only conditions are that (i) the coin is not completely biased (i.e., Pr), and (ii) the bias does not change from trial to trial.

The procedure works because whatever the bias is (say \Pr(H)=p, \Pr(T)=1-p), the probabilties of getting HT and TH are the same: p(1-p). Since the other outcomes are discarded, HT and TH each occur with probability \frac{1}{2}.