I am a programmer without really good knowledge in math. :/ So I have to write an algorithm that changes the color of pixel(dot) P to opposite if it’s on left side of the straigt line in coordinate system (and the line is not vertical, with that I mean, x2-x1 can’t be 0). The values of x1, y1 and x2, y2 dots are known (and they can also be negative).

Does anyone have an idea how could this be solved?

To see whether points on the left side of the line are those with positive or negative values compute the value for $d$ for a point you know is to the left of the line, such as $(x_1-1,y_1)$ and then compare the sign with the point you are interested in.

For completeness an explanation as to how this works is as follows:

In short, we are calculating the signed shortest distance from the line $AB$ to the point $P$ then evaluating the sign of that distance. 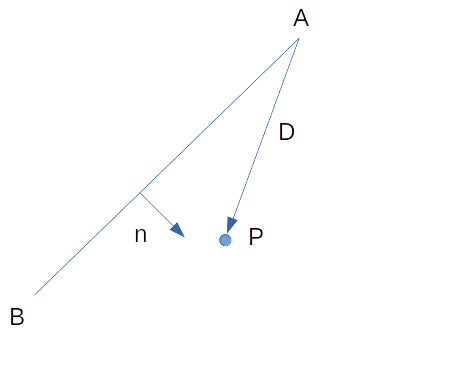