Closed. This question is opinion-based. It is not currently accepting answers.

Want to improve this question? Update the question so it can be answered with facts and citations by editing this post.

I’m not a real Mathematician, just an enthusiast. I’m often in the situation where I want to learn some interesting Maths through a good book, but not through an actual Maths textbook. I’m also often trying to give people good Maths books to get them “hooked”.

So the question: What are good books, for laymen, which teach interesting Mathematics, but actually does it in a “real” way. For example, “Fermat’s Last Enigma” doesn’t count, since it doesn’t actually feature any Maths, just a story, and most textbook don’t count, since they don’t feature a story.

My favorite example of this is “Journey Through Genius“, which is a brilliant combination of interesting storytelling and large amounts of actual Mathematics. It took my love of Maths to a whole other level.

A few more details on what I’m looking for.

The audience of “laymen” should be anyone who has the ability (and desire) to understand actual mathematics, but does not want to learn from a textbook. Obviously I’m thinking about myself here, as a programmer who loves mathematics, I love being exposed to real maths, but I’m not going to get into it seriously. That’s why books that show actual maths, but give a lot more exposition (and much clearer explanations, especially of what the intuition should be) are great.

When I say “real maths”, I’m talking about actual proofs, formulas, or other mathematical theories. Specifically, I’m not talking about philosophy, nor am I talking about books which only talk about the history of maths (Simon Singh style), since they only talk about maths, they don’t actually show anything. William Dunham’s books and Paul J. Nahin’s books are good examples.

As a computer scientist with an interest in mathematics I liked the The Princeton Companion to Mathematics, though it is a heavy book and not always light reading. 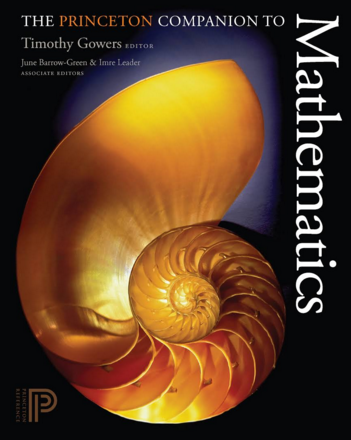